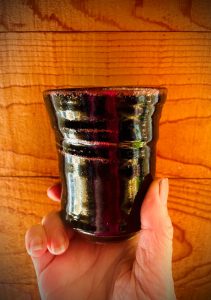 Gary is one of my favorite people.  He has a natural Zen vibe about him, almost always calm and even keeled.  He laughs frequently, a booming belly laugh that reminds me of my dad.  Gary is a bear of a guy who loves to sport tie-died t-shirts from his wheelchair; I will just say that is not a common look in the over-80 set!

Once I told him that it is very hard for some people to live in the nursing home where he also lives and where I work playing music for the residents.  It is one of the best facilities in the country, but some residents feel displaced, lonely, even angry.  These people dearly miss their autonomy.  After being responsible for an entire household, they can have trouble adjusting to living in a very small space with a roommate.  They sometimes resent their every move being monitored, measured, and ordered.   And of course, they suffer multiple heath issues, which is why they live there in the first place.  Gary listened carefully as I described their feelings, then nodded thoughtfully and mused, “That is not my experience of living here.” Gary makes friends wherever he goes, keeps close contact with his wife, his grown kids and grandkids.  Without ever having studied “mindfulness,” Gary finds reasons to be happy—it is just the way he lives.

Gary is an original, a creative soul.  He is a wonderful writer and has published pieces with Western themes in several magazines. He used to make gorgeous pottery and has given me a few pieces:  deep brown glazed mugs that match the Waterwitch Cathedral, our recording studio and 70s cedar-walled house.

Gary is also an encyclopedia of folk music.  He and his wonderful wife Molly were enthusiastic participants in the late 50s and early 60s folk music scene in Seattle.  They met at a “hoot,” (short for hootenanny) and he still remembers the red dress she wore the day they met.  When he feels up to it, Gary is a great singer, with a resounding and rich bass.  He often requests songs that I dig up and learn to sing.  Sometimes he quotes entire songs, sometimes he just remembers a phrase or two.  Once he requested that I learn a song for a wedding anniversary celebration for him and Molly.  The song had the line: “perfect professional’s wife.”  Thanks to the internet, I found it in the song “Night Rider’s Lament.”  Because of Gary turning me on to new music, my life is constantly enriched.

Another song Gary once requested is a dark, yet humorous American folk song called Housewife’s Lament, or sometimes Life is a Toil.  The song was based on a poem found in the diary of Sarah Price, a woman in Illinois who survived all seven of her children.  Some of these were sons lost fighting in the American Civil War. The song ends with a dream of herself as an old woman ceaselessly sweeping waves off a rock as they sweep right back over her.  She sweeps right up to the moment of her death.

Here is the chorus:

Life is a toil and love is a trouble,
Beauty will fade and riches will flee
Pleasures will dwindle and prices they double,
And nothing is as I would wish it to be

And the final lines:

Today I sing this song to another elder.  Because of his advanced dementia, I know he will probably not follow the words.  I imagine he will simply enjoy the music, which was likely based on an old Irish ballad.  And I am right, he loves it.

As I sing, I listen to the words and hear them afresh.  I wonder why nobody sings or writes songs like this anymore?  Why have songs that acknowledge death gone so out of fashion?  I admit that on the surface, the lyrics are certainly bleak!  Who wants to be reminded of death and how much life is work, work, work?   Especially in our acquisitive culture of instant gratification, death and work are not exactly click bait or trending topics on social media.

But a goofy and over-the-top humor balances the darkness, as in this verse:

The lilting three-fourths time melody is also playful and fun—you simply cannot feel gloomy when singing this song.  I have never made a bonnet as Sarah Price did, and I gave up ironing years ago, but it is a rousing song to get me through that stack of dishes piled in the sink.  I imagine many another “housewife” (or “househusband”) has made it through chores by singing “Life is a Toil.”

As I sing, it suddenly strikes me that there is yet another reason to keep this song alive:  the dark ending rings out to me as a warning rather than an inevitability.  Do I really want to die like that, my last moments spent trying to clean up my life?  What am I obsessing over needlessly?  What is my attitude toward the work I do, and how could it improve?

We must do our chores, take care of homes.  We can work in a state of stress and “ceaseless endeavor” like the old woman in the song or we can be mindful and present.  We do our best to beat back the ever-encroaching wear and decay, evade the rats and roaches, clean the gutters.  But no matter how much dust I remove or how organized I can make my pantry, it will never be conquered.  I may win a temporary battle, but I will never win the war against chaos.  The dust will return, the pantry will get out of hand again.

Why spend so much time toiling when reality is continually changing and nothing is permanent?  Like the old woman in the song, each of us will return to dirt someday—that part is inevitable.  Ashes to ashes, dust to dust.  But for me writing this on a beautiful July with the lapping of waves in my ears, and for you reading this wherever you may be, that day is not here yet.  Yes, life can be hard and painful. To be human is to suffer.  In Buddhism, this principal is so foundational it is known as the First Noble Truth.  In this and other human wisdom traditions, understanding our relationship with suffering is paradoxically the key to living a rich and fulfilling life.

Life is not ALL a toil, a trouble, and a big fat drag.  It is also a Glory Ride, full of precious moments if we are open to them and forget about the ceaseless war to fight dirt, which—if we are honest—is often a futile attempt to control reality.  Today, I say to myself:  forget the mess.  Jump into an icy mountain stream on a sizzling summer day. Breathe in the big trees.  Eat wild strawberries, glittering like rubies beside a forest path.  Hear the miracle of another new song finding its way through me from the Land Where Songs Come From.  Converse about the meaning of love, what it means to be human and other mighty topics with a dear friend.  Say something heartfelt to a stranger on social media.  Enjoy a picnic with my mother in yet another fleeting summer of my life.  Eat chocolate!  Cherish a rough little lick from Harley, our beloved cat.  Witness the flicker of hope returning to my friend’s eyes after the loss of her daughter.  Play music!!

I think about Gary and Molly, shining examples of how to live a life full of love, creativity, and joy.  I think about Sarah, the writer of these lyrics who lost every one of the seven children she birthed from her own body.  Several of them sacrificed their lives to end the horror of slavery in America.  Each of them special, each of them loved.  Each of them gone.  It does not get darker than that.

And yet, Sarah lived to have this dream, to wake up and write the poem in her diary.  She could still chuckle about candlesticks rusting, even in her darkest hour.  Sarah lived at least a day beyond that dream, she lived beyond the terrible heartbreak.

I hope that the dream was a clarion call for Sarah as it is for me today.  I hope she threw down her broom and threw open a window to joy.

Lyrics to “Housewife’s Lament (Life is a Toil)” are below.

Housewife’s Lament (Life is a Toil) by Sarah Price

As I was a-walking I heard a complaining
I spied an old woman the picture of gloom
She stared at the mud on her doorstep, ’twas raining
And this was her song as she wielded her broom

In March it is mud, it is snow in December
The midsummer breezes are loaded with dust
In fall the leaves litter, in rainy September
The wallpaper rots and the candlesticks rust

It’s sweeping at six and it’s dusting at seven,
It’s victuals at eight and it’s dishes at nine
It’s potting and panning rom ten to eleven
We scarce break our fast till we plan how to dine.

Alas, ’twas no dream, ahead I behold it
I see I am helpless my fate to avert
She laid down her broom, and her apron she folded
She laid down and died and was buried in dirt

This site uses Akismet to reduce spam. Learn how your comment data is processed. 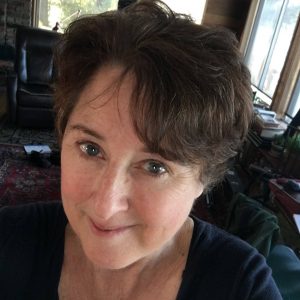 Hi!  I am Elizabeth.  I write  songs, record them, and sing them for people.  I also work with elders as a musical healer and entertainer in Washington State.  I also write prose, most recently about the power of music to transform all of us.

More about my work as a music healer is here.

Listen to or purchase some of my recorded original music here.

Read some of my essays here.

More about me is here.

What I am up to right NOW is here.  This NOW page is a movement started by Derek Sivers, and this is my first one!

Feel free to contact me, I love hearing from you.  Write to me:
elizabethhummel (at) yahoo (dot) com

Painting of the oak tree and other paintings throughout the site are by my dear friend Adam Wolpert. Check out www.adamwolpert.com to find out where he is showing and see more of his beautiful work!

Manage Cookie Consent
To provide the best experiences, we use technologies like cookies to store and/or access device information. Consenting to these technologies will allow us to process data such as browsing behavior or unique IDs on this site. Not consenting or withdrawing consent, may adversely affect certain features and functions.
Manage options Manage services Manage vendors Read more about these purposes
View preferences
{title} {title} {title}